Linkedin
I only have a few minutes. I am heading out the door soon to the CHEER assembly at Daniel’s school. He’s going to get an award and Baxter from the Diamondbacks will be there to cheer him and his classmates on.
I wanted to share a couple photos quickly before I ran, though… 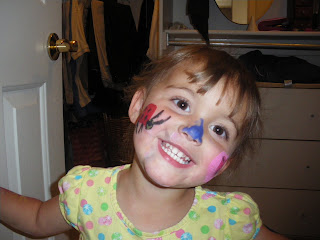 First, we have our little Bean. They did some face painting at school. I was cracking up at the blue nose. And, of course, my absolute favorite was the “Mom” tattoo on her arm. Our little guy was covered as well.. with spiders and bugs and snakes…. 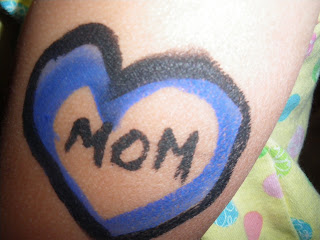 This last photo is from the other night. I’ve decided that it’s a tragedy that our kids won’t ever hear the “oldies” that we grew up on. So, I’ve been playing a few of them on Napster. The kids were dancing like crazy to Lollipop and Big Girls Don’t Cry. Hopefully I’ll get one of the boys’ newest music videos up soon. They’ve started playing rock band and it’s quite the show. 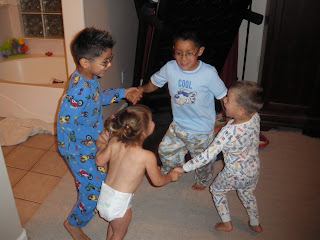 Who let’s that little girl run around in just a diaper?