When I was younger, I was a peer counselor… It was a really cool program that was never used. But, it did mean that I got some really cool training.

We learned how to empathize and how to mirror to our peers. I remember one day we were learning about depression.. They said it was like a deep hole.. that we slowly were going into. And, it would get worse over time, but it really wouldn’t feel as bad as when the person tried to get back out. The wall at the end of the pit that needed to be mounted to get out and back to “normal” is overwhelming, and steep, and can feel helpless.

That was the worst part of depression. Or, at least that’s what I was taught.

I remind myself of that when it feels really, really bad that it is me trying to climb. It’s me seeing the hole that I am in.

I went back to the gym yesterday. First time in a really long time! And it felt good. 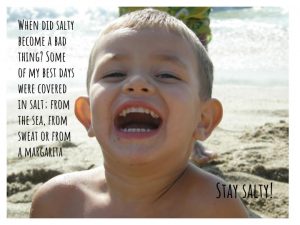 Listening to my favorite song this morning.. and it was a good reminder. We must enjoy the small stuff. Life is too short.

I feel like we are just spinning our wheels… Life is flying by. We are so busy. But, so much of it just ends up being “busy” not things that are adding to our lives.

I also have been having good days here & there as far as my mental health. I feel like I have had a few really good days. But, I also feel like I am still right on the edge. One comment here or there can unravel my entire day. Sometimes it’s even just a thought that sends me spinning. I plan on going to my doctor soon… I think it’s time to adjust my medications. I also need to get back to working out. There are so many excuses for me not to, but I know it helps.

I have not gone to the gym, but I did run yesterday. I honest to God, ran! I haven’t gone faster than a walk in ages. I didn’t run straight through or anything, but I did push myself.

Without going into detail, V’s working his way out of the trouble he got himself into. It’s hard though. He’s still a 12 year old. He still grumbles about work. He still tries to talk to everyone at school. And, when you are in *big* trouble, all of the little stuff is more noticeable. My struggle is knowing how hard to be on him for the little stuff.

D is back to work… He returned to his old job. He is such a hard worker, but couldn’t get any interviews when he was looking elsewhere.

And my little D is doing well. He was on honor roll last quarter and has a nice new girlfriend. He is learning quickly about how expensive things are.. and he, too, has been looking for a job, but has also had no luck.

My little beanie is doing well. She is a little behind in school. She has always been a little behind academically. We are asking, once again, for the school to test her for any learning disabilities. She wasn’t behind enough to warrant testing in the past. And that’s rough. Do we really need to wait for our kids to fail before we find out if we can help them? Anyhow, she has started Kumon, too. She isn’t a big fan, but, as always, she does her best.

B is working. All.the.time! Thankfully, there’s not travel for a couple weekends.

Me? Well, I don’t know. I think I am back to “normal” (whatever that means). I am still pretty high stress and the littlest thing can cause a panic attack. But, there aren’t daily tears. And I am able to get what needs to be done done. I have also gotten out and walked quite a bit lately. I still haven’t made a return to the gym. And I need to. I know that working out will help, but it also takes time & effort & energy. And, those have been in short supply lately.

Or in this case, blog.

Things are really calm in our house right now. There’s no big crisis. Mental health services are in place & other services are coming into place as planned. Classes are going ok–more than ok for our Davey! And my weekend away was just what I needed to be recharged and ready for another busy week. B gets next weekend off, and he is being called more and more for engineering jobs—signs that he’s rocking the jobs he’s doing.

But, Brian and I are still grieving the loss of several friendships and the changing of others. I think it’s totally normal & appropriate, but, just like with other loss, there’s no handbook. We were discussing my blog posts and my FB post… He was a little concerned that the wrong people would take it personally. But, it was *all* personal! It was my feelings and emotions. It was days and days of tears being poured out into words. And I can’t say that I am sorry. I have loads of friends who haven’t said a word about what’s going on with my boys… I know tons of people who have seen us hurting. And, there have been several who have really been there. There are women I can text and know that they will understand. And I am so grateful for that! Those friendships will last a lifetime.

The song, “But for the grace of God go I” is still a refrain that is sticking. The song is a love story, but, to me, it’s a reminder that despite the bad days, there are so many good ones! A reminder that I have my kiddos to hug and hold. A reminder that there is progress, if not perfection. A reminder that it could be so, so much worse. 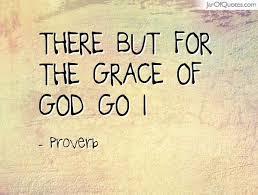 If you are my friend, then be my friend. What does that mean to me? Be honest, be kind, be there.

I have been struggling a lot lately. My depression, anxiety and loneliness have taken over my life.

I deactivated my FaceBook account… it just was making me feel worse. I was envious of the lives I was seeing. And I was so sad to have been left out of events.

And it does suck. What hurt the worst, was being excluded. And knowing that was being excluded. I have “friends” who have lied to me or lied by omission. It wasn’t an accident, that can only be blamed once or twice. Nope, it was an active decision. And that sucks.

But, here is the truth. I am not the one who should be sad! I am not the one missing out on *me*. I am loyal and loving and kind and generous. I have a great sense of humor, if you don’t believe me, just listen to me laugh at my own jokes! I can’t cook, but I am crafty and creative. I am always a bit of a mess, but never malicious. I am good to have as a friend. If you missed out and don’t have me as a friend, you are the one who deserves the sympathy.

When I listen to my depression I hear that it’s me.. I am not worthy. I am worthless.

But, I know that’s not true.

And, if you think anything less of me than the fact that I am an awesome human being, you can just keep that shit to yourself and stay away from me. 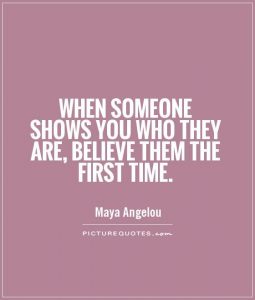