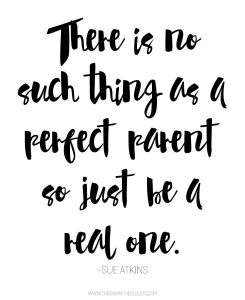 When I was younger, my mom was going through some of the same struggles I am now. Literally. She had a teenager who made some of the same or similar choices to my son. There was lying and hiding and even a little drug use. I remember thinking of what I would do that would fix everything. I remember offering to have him live with me.

But, now I know.. when you are facing it, it’s not easy. It’s not black and white. Never for a second did I doubt my mom’s love for my brothers. And I hope that nobody doubts mine.

Fast forward a few years, when we first got our little Bean, there was a chance to meet her bio-grandma… The only things I knew about her mom were that her mom was a meth addict and that Bean had a different dad than the other kids, but her mom was still married to the dad of the other kids. And I was clinging to the fact that her mom was a user… When I met her grandma, I expected to see the mom of an addict. And I was wrong. I was so incredibly wrong. I met a grandma who could have been my mom or my mother-in-law (they all share the same first name!). She loved her daughter and adored her grandkids. She wanted nothing but the best for them all. And she was making the best choices that she could.

What is hard for me, is that I am learning that even the people who I thought knew us, are judging us harshly. And it has really been hurting me. Especially since they have no clue what goes on in our house. They don’t know what consequences our kids have faced. And they haven’t been there with the crisis team. They haven’t been there in the family hugs when we are all hurting so badly.

And I think it’s easier to assume that we must be doing something wrong. I think that if they admit that there is a chance that we aren’t culpable, that they can tell themselves their child will never do anything like that. I think if they can lay blame on something, they can tell themselves that it will never be them. I think that assuming that we aren’t doing our jobs makes it easier to sleep at night. Maybe unconsciously even. I even blame myself at times, surely I have failed at motherhood to have to deal with what we’ve dealt with… And I am sure that there are things that I could have or should have done differently. But, I am also sure that I have done my best. Our family has sought and found resources for mental and behavioral health. We have found a team to support and help our kiddos. And we are just beginning to see progress!

Way back when I was teaching PS-MAPP, I would tell my future foster families that it is so easy to judge the bio-parents. And it is. And it can be easy to hate them. But, if we were judged on our worst day everyday, how would that look? As a teenager, I worked and volunteered, I was a better-than-average student, and I was super involved in my church.. But, I lied to my parents, I drank occasionally, I did all sorts of stupid stuff. And I think that most of us did. Thankfully, we don’t have to wear those bad choices on a shirt every day.

What’s my point? Heck if I know!! I just know that I am hurting. And I know that I don’t deserve that. 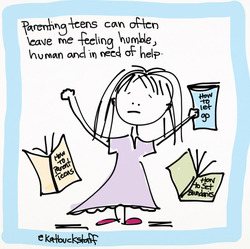